Smoking in a rental car

Smoking in a hire car might cost more than the packet of cigarettes. Find out about rental companies’ policies on smoking, and discover the fees they charge if people smoke in their cars.

Is it legal to smoke and drive?

Laws around smoking and driving vary hugely across the world.

Regardless of what the law says, rental companies often have their own rules. So if you smoke, or are travelling with someone who does, it’s worth checking your rental’s Ts & Cs online before you go. You can also ask the counter staff before you drive off.

What happens if someone smokes in a rental car?

In a country where smoking in cars is banned, police can issue fines – either on the spot, or sent on afterwards to the hirer via the rental company. Rental companies inspect their cars when they’re returned. If they think the hirer’s been smoking, they’ll charge a fee to get rid of ash and the smell of smoke. This is usually called a cleaning or valeting fee.

What if I’m given a car that smells of smoke?

Tell the counter staff straight away. They should offer you an alternative car at no extra cost. Even if you do not mind the smell, it’s worth telling the staff before you drive away. Ask them to add a note to the check-out form, so you won’t be blamed for the smell when you return the car.

What if I’m unfairly charged for smoking in a rental car?

If the rental staff wrongly claims you have smoked in the rental car, you can dispute the charge. When you drop off the car, use your rental paperwork to prove you’re returning the car in the same condition as when you took it. If the car smelled of smoke or there was a burn before you drove off, it should be noted there.

Can someone vape in a rental car? 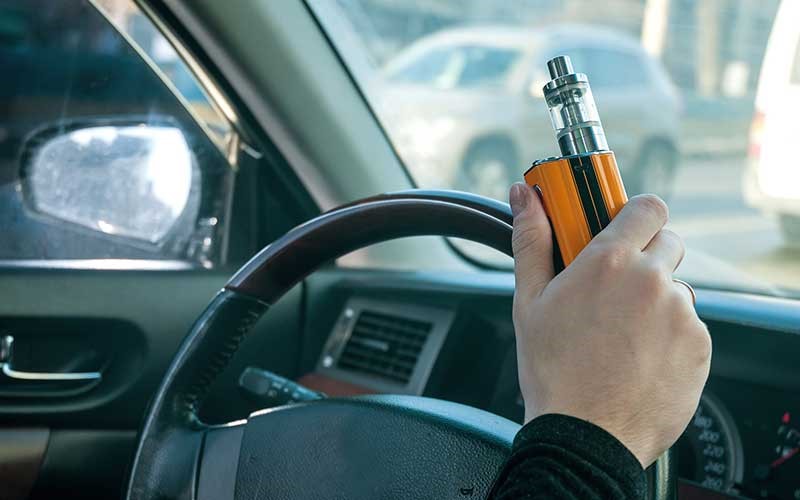 As yet, rental companies haven’t explicitly added e-cigarette clauses to their Ts & Cs. So it’s a grey area. However, if the rental car smells or is somehow damaged by vaping, the rental company will charge their usual cleaning fee or damage charge.

Smoking in a rental car